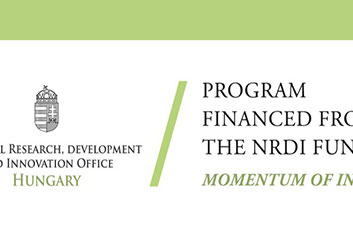 Neurological diseases, especially those that appear in older ages (such as dementia, or other, more serious diseases like Alzheimer’s disease) represent great health, social and economical burden. The lack of success in developing drugs that target neurodegenerative diseases can be explained with the fact that selectively affecting only one pharmacological target is simply not enough. Our approach is based on the hypothesis that memory impairment in elder patients and neurodegenerative diseases is originated from several pathophysiological mechanisms and their causes. Since the classic procedure of drug development takes a long time and needs an enormous amount of money, our strategy is based on an alternative solution: we develop a food supplement with several effects on elder patients with memory impairment, and also acting as prophylaxis for elderly patients with no memory impairment. Unfortunately, there is no treatment at present that decelerates the progression of these diseases; therefore, adjunctive treatments have a huge raison d’etre and a market as well. It is common knowledge that lots of food supplements, developed for memory improvement, exist on the market, although most manufacturers usually choose their effective agents based on literature data and they do not perform studies for proving that an agent is actually effective; neither have they information about the interactions of agents in a combination product.

In this project, we aim to thoroughly test active agents that are already known and new active agents of natural origin. This will be done with three, scientifically accurate strategies, which focus on the three main properties of dementia and neurodegenerative disorders: molecular stress factors with different mechanisms causing the death of neurons; inflammatory mechanisms of the brain; and the decrease in memory function. Effects blocking the abovementioned procedures will be tested with animal models suitable for the testing of cellular and complex memory functions and for the testing of behavior. During the project Avidin Ltd will develop combinations of novel agents and already identified active substances (i.e. fungus derived hericenones, erinacines and plant derived bacopasides, natural disaccharides) positively acting on three aspects of neurodegeneration: neuronal death and inflammation, as well as memory. These experiments will not only provide information about the effects of these agents and extracts, but also draw out those which would cause long-term adverse effects. The consortium will execute experimental developments that target the manufacturing of applied research and products. The development of products will include the optimization of formulation, stability, other necessary technological procedures and production technology.

Parallelly with product development, we will introduce a new system of services for cellular assay modeling of inflammatory mechanism and the death of brain neurons, also suitable for the pharmacological characterization of new and already known active agents of natural origin and new drug candidates. A cellular filter system that filters the molecular networks which able to modulate a new, recently discovered signaling pathway called the calcineurin/NFAT system will be novel in this system of services. Identification of new molecules acting on the calcineurin/NFAT system may establish the basis for development of new drug candidates for diseases affecting the central nervous system and inflammatory diseases after the project.