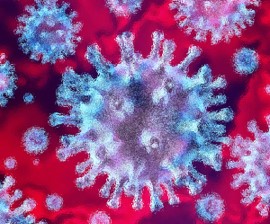 Avidin is now ready to detect different and extremely rare subtypes of the Delta or Indian variant.

Avidin Ltd. has been conducting Covid-19 tests for large companies in Hungary since the beginning of the epidemic. In recent weeks, only a very low number of cases, 1-2 infected per day were found, which was in line with last summer’s level in the country. Last week, however, the number of cases increased slightly, with 10 to 15 new infections being found per day. 2 delta-type (B1.617.2) virus variants were also detected on Thursday, which came as a big surprise, the company writes.

As we have not yet detected an Indian mutant, we have subjected it to more thorough sequencing – said László Puskás, managing director. We have been able to detect a rare Indian mutant that has only been reported a total of 21 times in the world so far, he added. This rare variant, designated Del156/157, was detected in two more samples on Friday and two additional ones on Tuesday (7-27-2021). It is not yet known what symptoms this variant causes and whether its infectivity differs from the known Indian type.

The laboratory has not received detailed information on the course of the disease yet. According to László Puskás, if the symptoms of the new variant are more severe, it is even more important to determine in time with which variant someone was infected. Avidin can detect new mutations in a day or two. According to the biologist-executive, it is conceivable that the increase in the number of cases could indicate the approach of the fourth wave of epidemics.